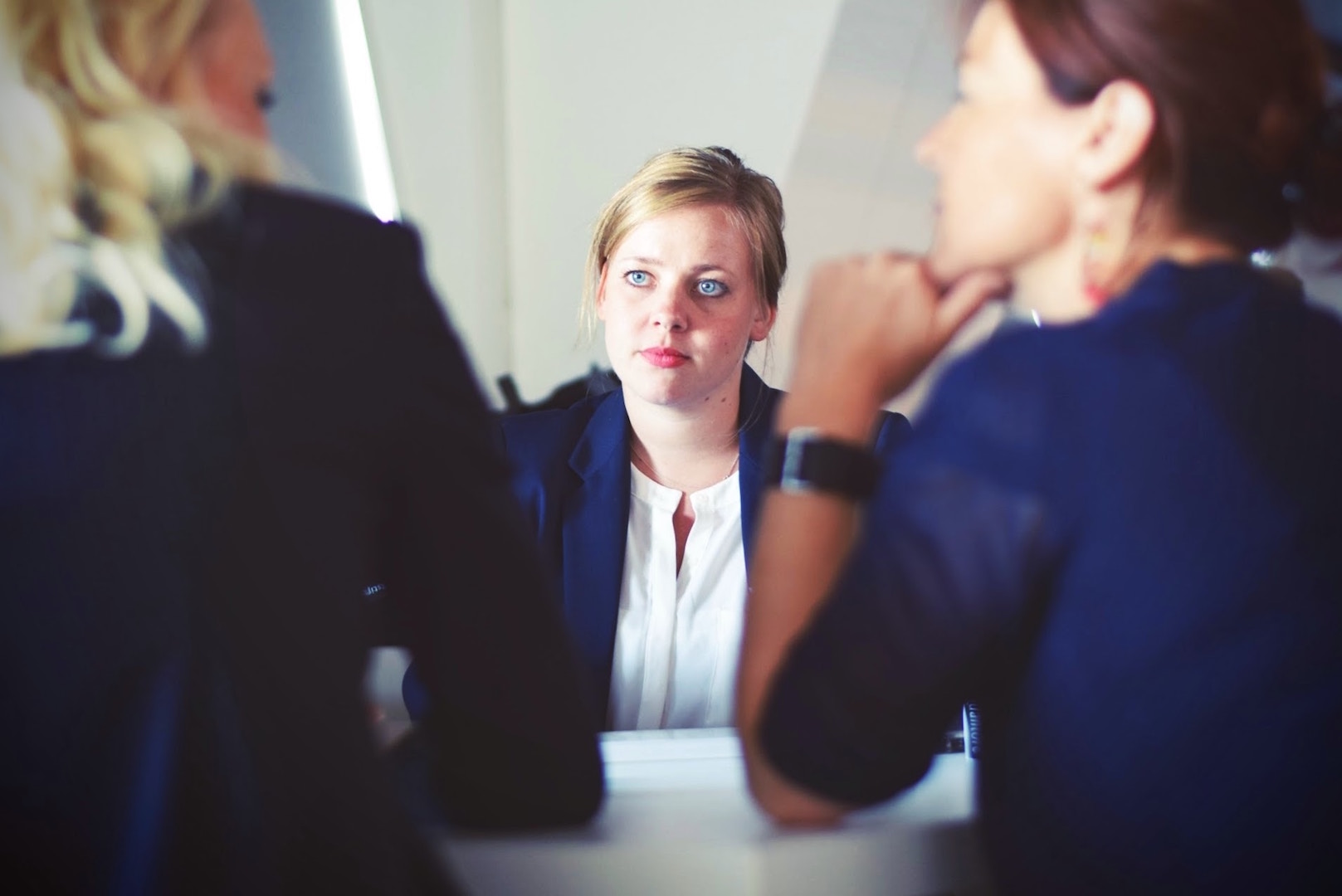 Whether you want to run structured or unstructured interviews, it's important to structure your goals, scoring, process, training and data collection methods.

Do you or your organization want to run great interviews?  Do you want to talk to a candidate for 15 minutes to an hour and be able to predict how they will do in your company over the next 1-5 years?  You are not alone.

At first glance, interviews seem to be both easy and low cost, requiring that all you have to do is ‘show up’, and they are also often perceived to be ‘fair’ by the interviewee.

As a result, they remain the most widely used personnel selection method, and while they have been shown to often have specific interviewer biases (for example, scoring people most like the interviewer higher, and discriminating based on physical ‘attractiveness’ and certain demographic and personality traits such as ethnicity, age, gender and introversion), they still tend to produce less ‘adverse selection’, aka bias, than many other forms of hiring.

They also have a very low correlation to cognitive tests and personality assessments, making combinations of multiple methods likely more robust and effective. See, for example:

“Given the typically low correlation between these structured interviews and mental ability tests (Cortina, Goldstein, Payne, Davison, & Gilliland, 2000; Huffcutt et al., 1996), there is a distinct possibility of using both to enhance and maximize validity.” (Source 1)

In short, the effectiveness (and limits) of interviews has been studied across cultures and over decades, and it remains one of the best ways to decide who to hire — lagging behind only cognitive ability and integrity tests.

“Years ago, we did a study to determine whether anyone at Google is particularly good at hiring. We looked at tens of thousands of interviews, and everyone who had done the interviews and what they scored the candidate, and how that person ultimately performed in their job.  We found zero relationship. – It’s a complete random mess…”

So, what kind of interviews do work best?

And, just what are structured interviews?

Structured interviews typically take the form of either a) a Situational Job Interview (which means asking a job applicant to imagine themselves in a set of specific work situations, and then give information of how they would respond) vs. b) a Behavioral Interview (asking a job applicant to give specific past examples of times they found themselves in a given situation, and talking about how they actually responded, and why).

While, initial research suggested that the Behavioral Interview format was better for a broader range of jobs; more recent research shows this is likely not the case — at least for low and medium skilled jobs. For example:

“…Across both low and medium complexity positions… it would appear that validity tends to be very robust in these situations, and not particularly dependent on the type of job involved or the structured interview format utilized.” (Source 1)

Structured interviews are effective, but less so, in predicting future performance in higher cognitive-complexity jobs. When they are, they likely take the form of a) a panel of interviewers, b) tougher scenarios with no clear cut ‘right or wrong’ answers, and c) at least one person with the ability to evaluate ‘technical skills’ if and when needed.

Most of the remaining comments will focus on interviewing for low and medium skilled positions, which are the bulk of all jobs in America.

In these cases, ‘structured’ interviews have been shown to be both significantly and highly predictive of both job and training performance. They have also been shown to have the ability to be valid measures (although construct validity has been a question).

As a result, there are endless web pages and papers published around best ‘question’ and ‘answer’ techniques. For example, the ‘STAR’ method is frequently described among ‘best practices’ for answering a Behavioral Interview. The core features of this method are a push for the respondent to use ‘specificity’, and concrete examples:

(S) Situation. Describe the situation in which the event took place.

(T) Task. Describe the task you were asked to complete. If there was a particular problem or issue you were trying to solve, describe that here.

(A) Action. Explain what action you took to complete the task or solve the problem.

Many Universities now hand out long lists of potential questions to graduates to help them prepare. There is also some evidence that allowing candidates access to questions, and explaining the reasons behind the process both increase applicant satisfaction with the less personal nature of structured interviews. 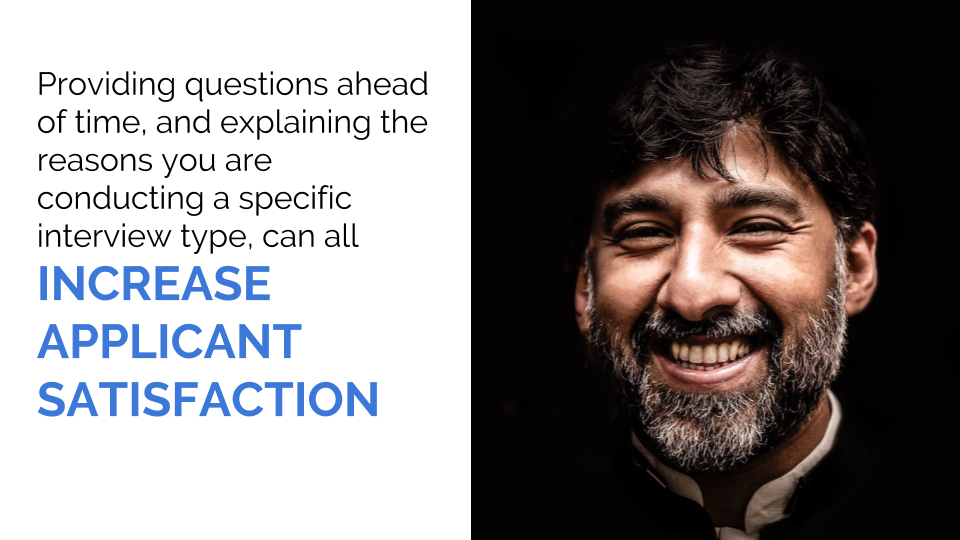 However, over the past 10 years, there have been a number of interesting issues emerging around the interview in the research literature.

For example, unstructured interviews were shown to be more closely related to a job candidates own self-report of conscientiousness, emotional stability and grade point average.

Structured interviews scores on these personality dimensions had almost no correlation to these ‘job performance critical’ constructs.

Then, in the last few years, new and better meta-analytic techniques, and the most up-to-date research in the field now show that the two forms of interviews are likely very similar in their ability to predict real job outcomes.

This is a MAJOR reversal of decades of work.

These new, more reliable approaches have found that the interview is, in fact, very robust and predictive — and a great compliment to cognitive and integrity testing — and also that both structured and unstructured interview techniques appear to be equally valid.

So, how does interviewing work best?

At Talytica, we are committed to staying on the forefront of the latest research, and consistently giving you the tools to follow the best practices from the most recent research work. We recommend consistent training and a consistent process for anyone who will be making hiring and promotion decisions. We give you the tools to have multiple, independent scorers in a repeatable process and framework. We make it easy to collect and use unstructured or structured interviews as ‘input data’ in models.

We have standard interview tools for both structured and unstructured interviews for organizations of all sizes.

So, get in touch.

Pre-hire assessments: Can we predict what a job applicant will do in the future

How to hire employees: 5 steps to fixing hiring